The La Trobe University Baseball Club Inc. (LTUBC) was founded in 1968 and began competing in the Victorian Baseball Association (VBA) in that same year. The baseball season ran in the winter months in those early years. In 1976 the VBA ran both winter and summer competitions, the purpose of which was to eventually switch the main season to the summer, but our club decided to stay as a member only in the winter season. In 1978 The Sports and Recreation Association (SARA) of the University raised the possibility of building a new diamond for our club in a grand plan that would see the old eight acre area to the east of the sports pavilion, transformed into a mega sporting complex including athletics track and new purpose built grounds for baseball, rugby, soccer and hockey. Alas this plan never saw fruition and our club continued to play its games on a field that was overlapped by a soccer ground and two hockey fields, sometimes with play being conducted by two or three different sports at the same time.

In 1981 the VBA cancelled its winter season altogether so the LTUBC had to find a new association. Because of its proximity the club chose to compete in the Diamond Valley Baseball League (DVBL).  The LTUBC along with other ex VBA teams including The University of Melbourne Baseball Club entered as A Grade teams.  Shortly after this time the DVBL changed its name to the Victorian Winter Baseball League and incorporated many more teams from outside the Diamond Valley and because of its growth had become the premier winter competition in the state.

The LTUBC happily competed in A Grade in that competition for many years until the lack of facilities at our ground on the lower playing fields resulted in the VWBL giving the club the ultimatum; If you wish to continue to compete in A Grade then facilities such as change rooms and toilets must be provided to opposition clubs. In those days there was not even cover to be had when it rained, the sports pavilion being the closet facility was about one hundred metres away. The Sports and Recreation Association (SARA) decided that renting a baseball diamond was a more viable option then upgrading our own facilities. And so the club was relocated from the Bundoora Campus to a diamond in Royal Park (18km from the Bundoora Campus) that was leased from The Melbourne City Council.

It was no small coincidence that this ground was also leased by The University of Melbourne for its baseball teams. But while their club grew into six competing teams including an all girls team the LTUBC dwindled until one year we only had one current student as a member. This move proved to be to the long term detriment of the club as member numbers dropped significantly and students become a rarity as the club had now distanced itself so much that it had no real base on campus. This of course meant that on field performances slowly declined to the point where we were relegated from A Grade to the B Grade competition. Such was the spirit of the LTUBC though that we immediately won the B Grade premiership and were returned to A Grade. But alas not being able to encourage students to travel so far to play meant we were still not recruiting well enough and returned to B grade the next season where we still remain today. The last time the LTUBC competed in A Grade was in 1993.

During the mid nineties the committee of the club made the strategic move of relocating our training facilities and all external activities back to the Bundoora campus in order to secure the club’s future and encourage more student participation. Due to a number of factors at the time the university management in collaboration with the City of Darebin decided we had put forward a persuasive argument and agreed to construct a baseball park.

The LTUBC had competed regularly in the IV competition since its inception and has in fact hosted the games in 1976. We are again regulars at these games and students who play for teams other than LTUBC in weekend competitions don the colours of our club proudly supporting LTUBC at IV time.

The LTUBC has competed competitively every year since its inception in 1968 and has competed for the University at the highest level in Victoria by playing in an A Grade competition for more than 20 years of our 40 year history. The last time we competed in A Grade was 1993.  We now host the A Grade final of the MWBL competition on our diamond every year as our ground is considered to be the best in the competition. We hope that one day very soon we will be representing the university in this match.

2008 was the 40th year that the LTUBC had been in existence. It was way back in 1968 that the club was founded and entered its first team into regular competition. It also interesting to note that La Trobe University itself is just over 40 years old, so the baseball club has basically be around since the university itself began.

In celebrating this milestone the club had it's 40th anniversary cocktail evening on August 9th 2008. The main highlight of the evening was the unveiling of the club's honor board going back to 1968 until the present day. Here are some shots of the Honor Board with all the members who's names appears on it. Well done LTUBC on 40 wonderful years!!!

ALUMNI (past players family and friends)

The LTUBC committee is compiling records of past and current members of the club. We would greatly appreciate past members contacting us and providing us with their current contact details.  Please send an email to latrobebaseball@gmail.com 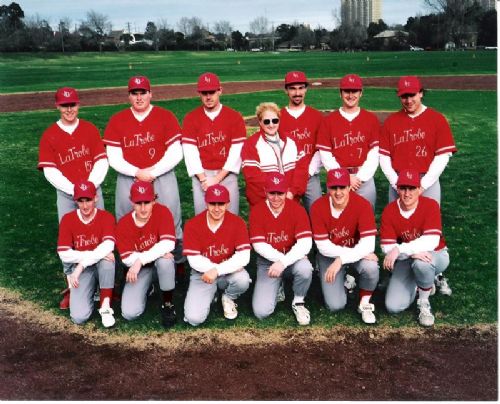 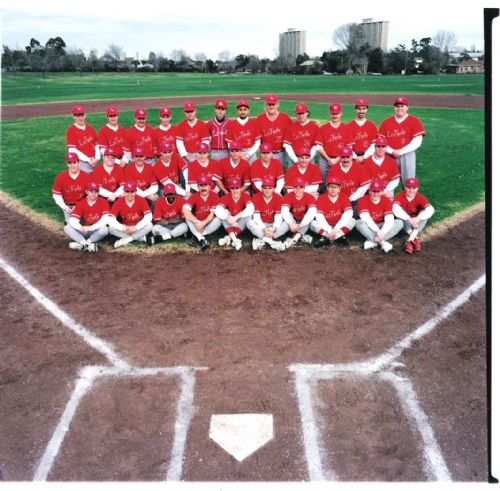 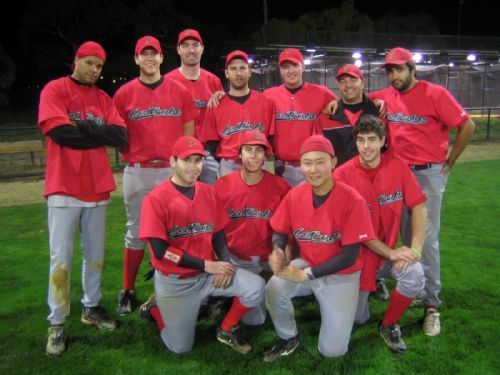 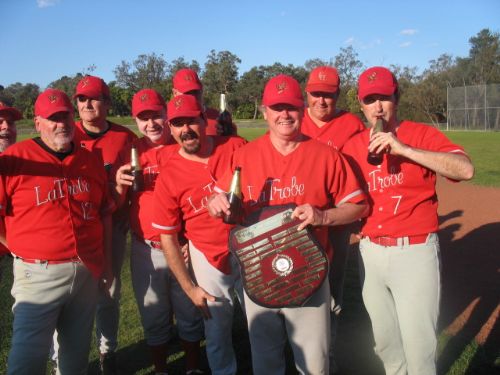 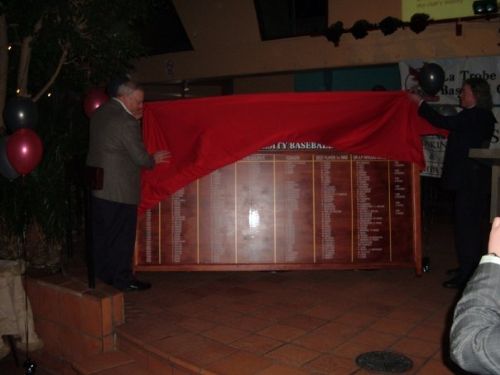 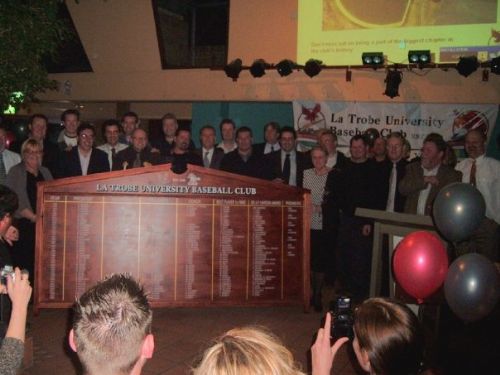